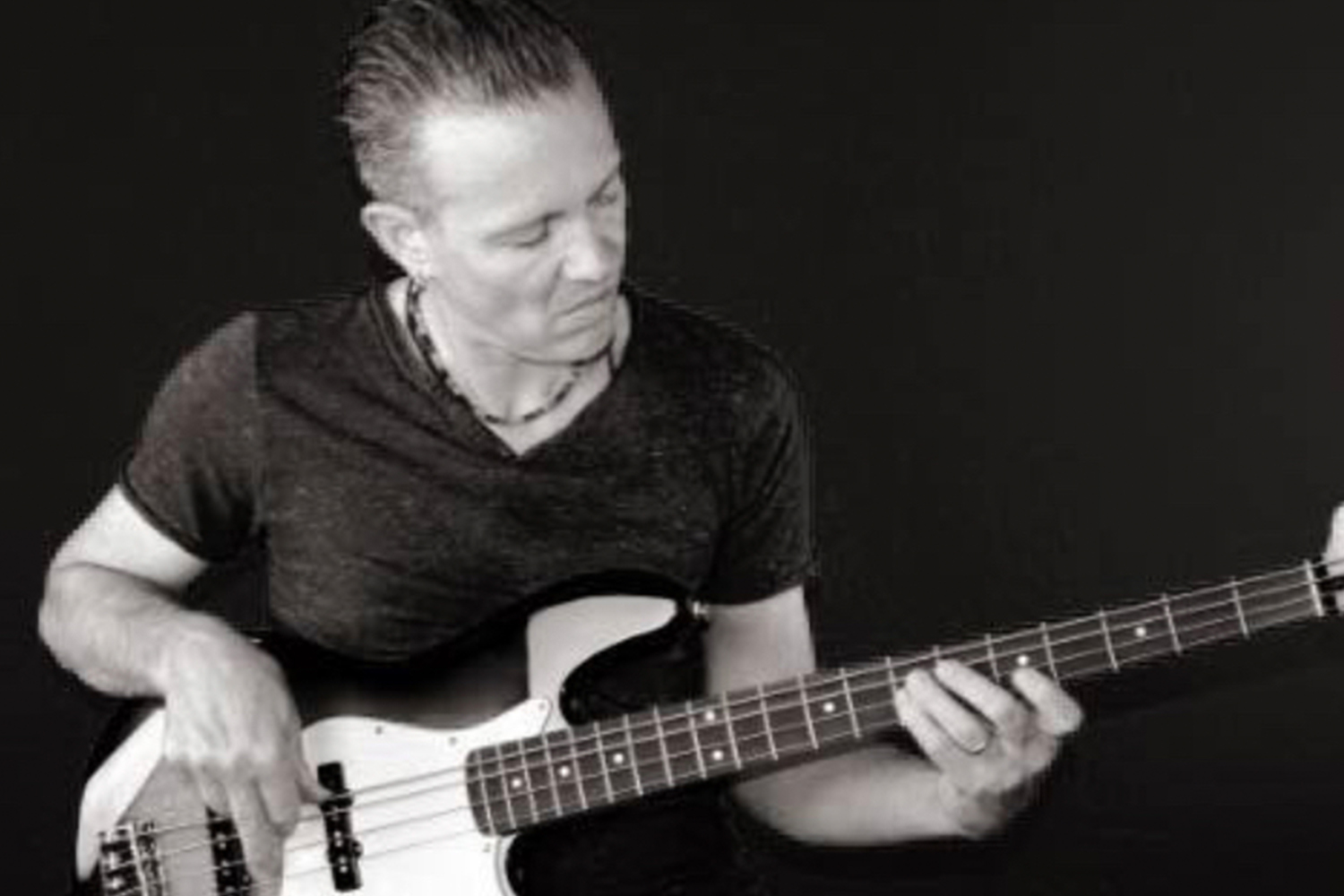 Jimmy O’Shea was born and raised in Chicago. He moved to California in 1987 when signing with Columbia CBS Recording Company. He has been a professional bass player for over 35 years and teaching for over 25 in Sacramento. Jimmy studied music at Triton College in Chicago. He also attended the Chicago Conservatory of Music. Producer Mike Varney of Shrapnel Records discovered him at a NAMM Show in 1987. Jimmy became a vital part of several acts on Shrapnel Records, including Cacophony, Marty Friedman (Megadeath), Jason Becker (David Lee Roth), and Michael Lee Firkins (The Michael Lee Firkins Band, Howling Iguanas). Jimmy has toured worldwide on several occasions supporting many of Shrapnel’s top artists in the late 1980s. In 1991, Jimmy signed with Curb Records collaborating with Diane Warren on the hit song “Don’t Turn Around” which was later re-recorded and made famous by Ace of Base. Jimmy has appeared on MTV’s Headbanger’s Ball with his band “Eyes” (Jeff Scott Soto). Locally, Jimmy won a Sammie in 2002 and is in the Sammie’s Hall of Fame with his former band Funkengruvin. Currently, Jimmy continues his passion for teaching and continues to do countless hours of session work. In addition to playing for local worship bands, he volunteers his time for his children’s school, St. John the Evangelist where his wife Cara O’Shea is Director of Music Education. He plays in San Francisco’s supergroup “Pop Fiction” which is a cover band that plays mainly for weddings and corporate events for Silicon Valley Fortune 500 Companies such as Google, Apple, Dell, IBM, etc. www.popfictionlive.com Pop Fiction was also featured on E!
Teaching Method: Jimmy helps his students build a strong foundation focusing on technique and creativity, emphasizing the balance between rhythm and melody. He customizes his lesson plans to support students of all levels. He also trains musicians to be able to work professionally in the music business whether the student is pursuing higher education in music or seeking help with the music industry.